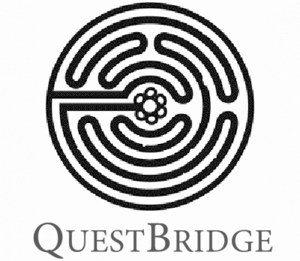 QUESTBRIDGE FULL-TUITION SCHOLARSHIPS
OVER 10,000 STUDENTS APPLY ANNUALLY. ROUGHLY 300 ARE CHOSEN. THIS YEAR, POLAHS SENIORS EARNED THREE OF THOSE SPOTS.
Jonathan Burne (POLAHS 2013; Williams College 2017)
Jonathan attended two high schools before finding a home at POLAHS, where he says the small class sizes, counselors, and caring teachers inspired him. "Coming from a low income background, attending a university or even junior college felt out of the picture. I will be the first in my family to graduate high school and enroll in college. When I enrolled at POLAHS in 11th grade, I started to see academics as an opportunity," he says.
Jonathan learned about Astrophysics - the field he'll study at Williams College - from Mr. Baucum, and realized he loved science from Mr. Dikdan. Jonathan fine-tuned his personal statement for college applications with Ms. St. John, who also helped him identify the right college fit. Mr. Lines introduced him to QuestBridge. It was a team effort. Jonathan is ranked 6th in his class and maintains a 4.3 GPA. He says he wants to make a difference in the world and realize his full potential in life. We can't wait to see that happen.
Williams College is a private, liberal arts college with 2,000 students. It is located in Williamstown, Massachusetts. In 1887, Williams College students became the first in the country to wear caps and gowns at graduation. The school is currently ranked number two on the Forbes list of best private colleges. Williams has small class sizes, with a student to teacher ratio of less than 10:1. With Oxford-style tutorials, instructors rely heavily upon student participation and hands-on learning.
Stephanie Anaya (POLAHS 2013; Yale University 2017)
Stephanie has a 4.4 GPA and completed 12 Advanced Placement (AP) courses at POLAHS. She passed nearly all of the AP exams for college credit. She is a National Hispanic Scholar and lifetime member of the California Scholarship Federation. Stephanie volunteers at Torrance Memorial Medical Center and is excited to pursue her dream of becoming a doctor. This fall, she will move to Connecticut to attend Yale - an Ivy League University. Congratulations, Stephanie! Everyone at POLAHS is so proud - but not surprised by your success.
“Perhaps the first thing that students notice about Yale is the caliber of their fellow students. There are extraordinary artists, student government leaders, star athletes, passionate activists, award-winning poets, prize-winning scientists, and people who are just simply "well-rounded." Because Yale students come from such a wide range of ethnic, religious, cultural, geographic and socioeconomic backgrounds, there is a remarkable exchange of ideas. Yale is a major research university that focuses primarily on undergraduate education and encourages students to become leaders of their generation in whatever they wish to pursue.” – Yale University
Shyonna Jones (POLAHS 2013; University of Virginia 2017)
Shyonna has expertly balanced high school and college-level coursework alongside extensive community service and athletics. She is POLAHS' ASB Co-President. Shyonna volunteers at Little Company of Mary Hospital and was selected for a coveted internship position at the Los Angeles City Attorney’s office last summer. Her teachers say she’s also the type of girl you would want as a friend – compassionate, nice, and adventurous! She is ready to move across the country to study Nursing at the University of Virginia. College wouldn’t have been possible without the QuestBridge scholarship, and Shyonna is grateful for the opportunity that will change her life.
“Founded by Thomas Jefferson in 1819, the University sustains the ideal of developing, through education, leaders who are well-prepared to help shape the future of the nation. The students who come here have been chosen because they show the exceptional promise Jefferson envisioned.” – University of Virginia