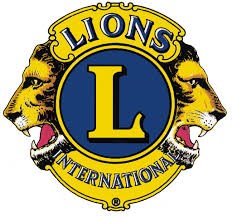 What can the America of yesterday teach the America of tomorrow?
This was the prompt given to POLAHS AP Language and Composition students, who participated in the 75th annual Lions Club Speech Contest last month. Instructor Katelyn St. John led a Socratic seminar with students, faculty, and staff leading up to the event, allowing students to brainstorm ideas for their speeches. Many quintessential American traits, characteristics, and ideologies were discussed, including banking; technology dependence; oil dependence; the environment and conservation; and unity within government.
The first contest was held on Thursday, February 16th with the San Pedro Lions Club hosted by Sherril Jean Thompson. The winner of the contest was Jonathon Burne. Runners up were Sara Klak and Kaelan Decman. The following evening Helmut Fend hosted for the South Bay Lions Club. The winner of the contest was Laura Anderson. Runners up were Lisa Ricard and Nick Avila. The first place winners from both contests continued on in the second round on Saturday, March 3rd at the Wilmington Senior Center.