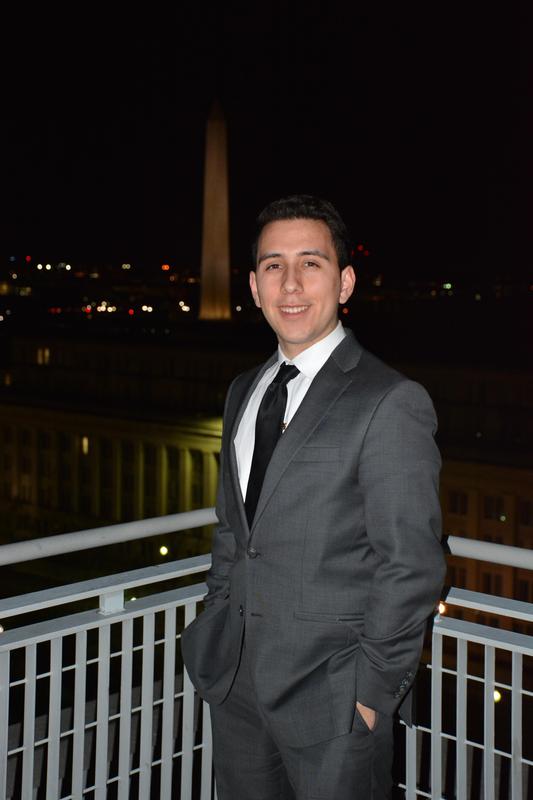 POLAHS graduate Dennis Constanza (‘16), is accomplishing great things in Washington D.C., where he attends George Washington University.
Local organizations like Youth & Government through the YMCA, the Debate Club at POLAHS, the San Pedro Boys and Girls Club, and the Los Angeles Mayor's Youth Council motivated him to pursue policy reform. “The culture at POLAHS is definitely one of self-improvement and it feels like the faculty and staff are on this journey with you, as opposed to just giving you information and sending you off to college,” he shared. Dennis received two college scholarships from POLAHS donors, and is currently majoring in Political Science with a Minor in Sustainability. Over the past two years, he’s worked under the Honorable Louis Caldera as a research assistant; a Museum Educator at the National Air and Space Museum; and is currently a policy and politics intern at a philanthropic organization - Freedman Consulting LLC. “In terms of being a few blocks away from the White House and the National Mall, there's an abundance of political activities. Notables include being front row to a Bernie Sanders talk, being able to see Trump's inauguration up-close, and attending the Women's March,” says Dennis. After college, he plans on pursuing a law degree at Harvard, and hopes to someday run for Governor!